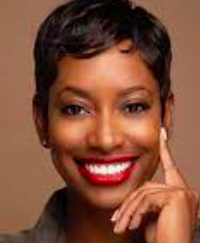 Kellee Edwards is a licensed pilot, advanced open water scuba diver and a solo adventurer who takes travel to a new level flying herself to remote locations around the world. “One of the Most Powerful Women In Travel” according to Conde’ Nast, Kellee is an award-winning travel expert, journalist, and television host by land, air, and sea. She is a licensed pilot, advanced open water scuba diver and explorer. A pioneer in her approach to adventure travel made her brand Kellee Set Go! become recognized by some of the biggest brands in travel, including that of the biggest TV network in this realm, The Travel Channel. Kellee is the host of Mysterious Islands, a series that explores some of the most remote islands of the 100,000 in the world, that viewers most likely have never heard of. She recently launched a new podcast with Travel + Leisure Magazine called “Let’s Go Together” amplifying diversity and inclusion in the travel and adventure space.

Kellee has explored over 50 countries thus far, including parts of North and West Africa, Asia, South and Central America, Europe and the UAE, her extensive travels have taken her a long way from where she spent her early childhood – on Chicago’s South Side – and where she was raised in San Bernardino, CA. Her exploits include summiting Mt. Hood in Oregon, dog sledding in the remote wilderness of Alaska, trekking the active volcano Mt. Pacaya in Guatemala, piloting an aircraft in the temperamental Aleutian Chain, freediving with the Jeju Haenyeo, participating in Rambu Solo in Sulawesi, unearthing an artifact on an archaeological dig and exploring Mayan ruins in Central America. She even had a life-changing close call on a shipwreck dive in the Red Sea near Eilat, Israel. Newsweek called Kellee, “”ONE OF THE MOST INTERESTING WOMEN IN THE WORLD.”